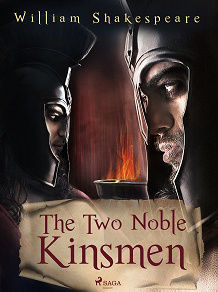 In this tragicomedy play, two cousins and best friends Palamon and Arcite have been imprisoned and have stoically accepted their fate. However, their friendship is instantly destroyed when they see Princess Emilia from the prison window and both fall madly in love with her.

The plot of Shakespeare's ‘The Two Noble Kinsmen’ is an adaptation of Geoffrey Chaucer's ‘The Knights Tale’ from ‘The Canterbury Tales’, a story which has been dramatized many times including 2001's ‘A Knight's Tale’ starring Heath Ledger.

William Shakespeare (1564-1616) was an English playwright, poet, and actor. Known as ‘The Bard’, he is still regarded as the greatest playwright in the world and the greatest English language writer.

He wrote poems and sonnets but is probably best known for his comedic, tragic, and historical plays such as ‘Hamlet’, ‘Othello’, ‘King Lear’, ‘A Midsummer Night's Dream’, ‘Romeo and Juliet’, and ‘Macbeth’.

Incredibly influential and popular, his works are still performed at the renowned 'Globe Theatre' and the 'Royal Shakespeare Company' in Stratford-upon-Avon, where Shakespeare was born and lived much of his life.