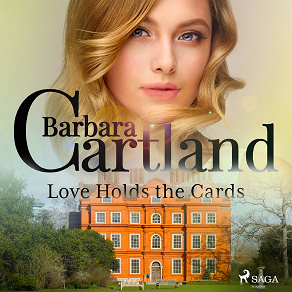 by Barbara Cartland
Accustomed to spending fortunes on fast women and high living, Lord Wynchingham is horrified to lose a fortune in a card game and then finds that he is almost bankrupt.

So when Tina Croome, his beautiful orphaned Ward, throws herself on his mercy he says that there is nothing he can do. Unless, she suggests, he uses the last of his credit to launch her into London Society and quickly attract a rich husband.

Soon she has a long list of suitors, including the wealthy but odious Lord Welton who Tina reluctantly agrees to marry to save Lord Wynchingham. The more she comes to despise her fiancé, the deeper she falls in love with Lord Wyncingham. But it is too late to prevent the arranged marriage? Cue her evil cousin Claude who arrives on the scene with a mad kidnapping scheme.