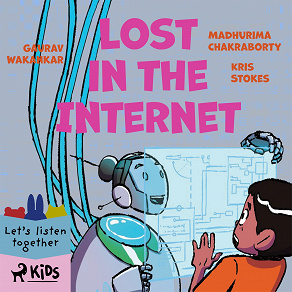 Lost in the Internet

by Gaurav Wakankar ‚ Madhurima Chakraborty ‚ Kris Stokes
Kunal gets lost in the Internet and doesn’t know how to get out. Join him on a sci-fi journey through the Internet as he finds his way home and learn about what the internet is and how data travels!

'Lost in the Internet' was originally published by Pratham Books on the online platform StoryWeaver. Several of the stories are written by Indian authors and are set on the other side of the world. In particular, the stories explore exciting topics such as scientific discoveries and how we can care for each other and our planet.