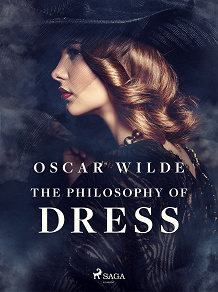 The Philosophy of Dress

by Oscar Wilde
"Fashion is ephemeral. Art is eternal. Indeed, what is a fashion really? A fashion is merely a form of ugliness so absolutely unbearable that we have to alter it every six months!"

‘The Philosophy of Fashion’ is the article that elevated Wilde from the position of a commercial journalist to a writer of repute. In this essay, Wilde dismantles the concept of fashion, with his characteristic wit and biting social criticism.

Funny and fascinating, ‘The Philosophy of Fashion’ is a wry look at social conventions, through the eyes of a dedicated dandy. For anyone with an interest in fashion or works commenting on societal trends.

Oscar Wilde (1854 – 1900) was an Irish novelist, poet, playwright, and wit. He was an advocate of the Aesthetic movement, which extolled the virtues of art for the sake of art. During his career, Wilde wrote nine plays, including ‘The Importance of Being Earnest,’ ‘Lady Windermere’s Fan,’ and ‘A Woman of No Importance,’ many of which are still performed today. His only novel, ‘The Picture of Dorian Gray’ was adapted for the silver screen, in the film, ‘Dorian Gray,’ starring Ben Barnes and Colin Firth. In addition, Wilde wrote 43 poems, and seven essays. His life was the subject of a film, starring Stephen Fry.