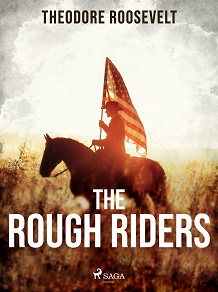 by Theodore Roosevelt
The Rough Riders was the nickname for one of the three regiments of the First United States Volunteer Cavalry, which Roosevelt helped to form. It was the only regiment to see combat during the Spanish-American War of 1898, in Cuba. Roosevelt resigned his post as Assistant Secretary of the Navy to raise this army with men of very diverse background, ranging from Ivy Leaguers to Native Americans, from athletes to frontiersmen, etc.
Theodore Roosevelt wrote about his Rough Riders that: "they were hardened to life in the open, and to shifting for themselves under adverse circumstances. My men were children of the dragon's blood, and if they had no outland foe to fight and no outlet for their vigorous and daring energy, there was always the chance of their fighting one another: but the great majority, if given the chance to do hard or dangerous work, availed themselves of it with the utmost eagerness.'

Theodore Roosevelt (1858 – 1919) was not only the 26th president of the United States but also a prolific writer. He lent his pen to many different topics, including history, biographies, autobiographies, and nature. He also wrote countless articles, letters, and even guide books. Some of his most famous works include: 'The Rough Riders,' 'History of the Naval War of 1812,' 'African Game Trails,' and 'The Winning of the West.'