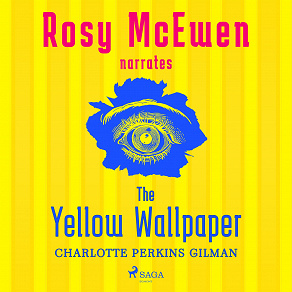 by Charlotte Perkins
A timeless piece of feminist literature, the story follows a series of journal entries made by a woman diagnosed with hysterical tendencies by her doctor and husband. Barred from working for her 'nerves', she is confined to the nursery in an old New England colonial mansion to recuperate. Trapped in this room with barred windows and sickly yellow wallpaper, she begins writing in secret as she starts to feel the walls mutate around her.

The wallpaper is animate, shifting and writhing, changing before her in the moonlight. There is someone in the walls, she knows it.

Drawing on elements of horror and the gothic, Gilman masterfully shows a woman on the brink of postpartum psychosis. It is a haunting tale of the dangers of social seclusion and cultural starvation, as well as flippant attitudes towards women's health - many of which still prevail today.

Perfect for fans of 'Mexican Gothic' by Silvia Moreno-Garcia, 'Jane Eyre' by Charlotte Bronte, and 'Rebecca' by Daphne Du Maurier.

Feminist icon Charlotte Perkins Gilman, paved the way for women writers such as Alice Walker and Sylvia Plath, with her thought-provoking work. Appreciated as a feminist writer for tackling women's issues of the day, but also as an accomplished horror writer. Her subtle themes and ability to guide the reader through her characters, at times, crumbling psyche, earned the respect of pioneering horror writer H.P. Lovecraft, among others.
Listen to sample
Log in to borrow