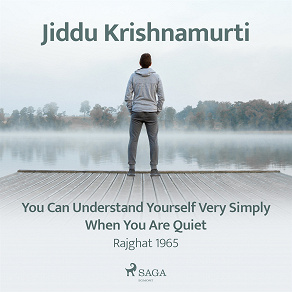 This talk: You Can Understand Yourself Very Simply When You Are Quiet – 4 December 1965.

• When you are really quiet, alone with yourself, you begin to know yourself and to see the intricacies of your mind.
• Q: Why does the mind get disturbed when it is in a state of revolt and how can it quieten down?
• Q: Is communication possible in all conditions?
• Q: When we say anything that is a bit alternative to what our elders think, we are stopped. There is great tension between us. Will you say what we should do about it?
• Q: What is humanity and when can a man be called a human being?
• Q: Is our way of life right?
• Q: You have said that we must have a quiet mind and at the same time you said that disturbance is inevitable.
• Q: What is the importance of spirituality in the life of a human being?
• Q: How does evil come about?