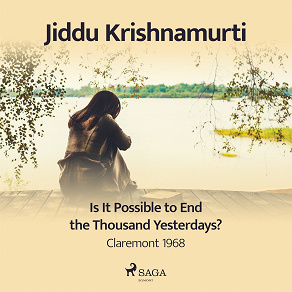 Is It Possible to End the Thousand Yesterdays? – Claremont 1968

This talk: Is It Possible to End the Thousand Yesterdays? – 13 November 1968.

• Living together amicably, creatively, in complete relationship with one another – if that is what is essential then we need not only a different kind of mind but also a different quality of affection, love.
• What is the function of a religious mind?
• Our struggle in life is dualistic: good and bad, right and wrong, holy and unholy, the ideal and the fact. There is only the fact, not the ideal.
• Is it possible to look at life as though you were looking at it for the first time?
• What is the content of the unconscious? It is the racial residue, the traditional, the family, the personal. It is as trivial as the conscious mind.
• Q: It seems to me that the 'I', the ego only exists in relation to other things. Could you comment on this?
• The impossible becomes possible only when you discard the impossibility of it. To find out anything you must go beyond the impossible.
• Q: What do you mean by meditation?
• There is no 'how'.