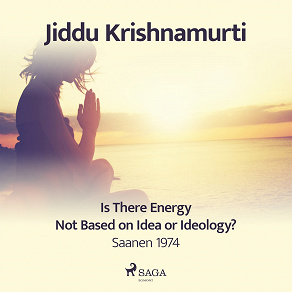 Is There Energy Not Based on Idea or Ideology?

by Jiddu Krishnamurti
Listen to talks from J. Krishnamurti's Saanen gathering in Switzerland, 1974.

• Why is thought divisive?
• The desire to change in a particular direction gives an energy that is divisive.
• Will you free the mind taking time, through analysis, or can you look totally and therefore be totally free?
• Does choiceless rejection of the false give a different kind of energy?
• Does a foundation give me direction or does it bring confusion?
• Is the operation of intelligence insight?

Questions from the audience followed the talk.