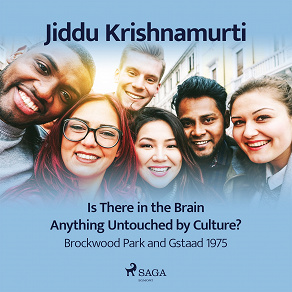 Is There in the Brain Anything Untouched by Culture? – Brockwood Park and Gstaad 1975

This talk: Is There in the Brain Anything Untouched by Culture? – 6 August 1975.

• Can there be a total perception which completely heals the brain?
• What benefit has culture?
• Does speech come before thought?
• Is it possible to say something without the operation of thought?
• Is there in the brain anything untouched by culture?
• Is attention a conscious process?
• Is love the factor of profound change?
• You explain all this, and you say that whatever the damaged brain – which is the result of thought and tradition and all the rest of it – whatever it does will produce further damage. So, because you point it out, I realise that. That is the first necessity – I realise it. Then, after I’ve realised it, you talk to me at a depth which thought has not touched. You planted a seed.