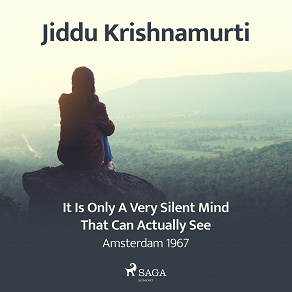 • Conflict exists only when there are two opposing things: fear and non-fear, violence and non-violence.
• A mind that is in a state of inquiry is entirely different from a mind that is seeking. Seeking implies effort, conformity, authority and therefore conflict.
• Without space in which there is no boundary, the mind is incapable of coming upon immeasurable reality.
• It is only a silent mind that can perceive, actually see, not a chattering mind, a controlled mind, a mind that is tortured, suppressed, yielding or indulging.
• When one has totally denied the psychological world which man has created, and the psychological structure of society of which we are, then there is space and silence.
• Q: Could you define contemplation and meditation?
• Q: It is not possible ever to observe totally one's own irrational thoughts.
• Q: What does it mean to stand alone?