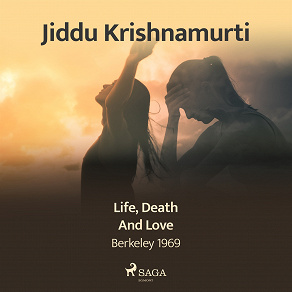 by Jiddu Krishnamurti
Listen to talks from J. Krishnamurti's Berkeley gathering in California, 1969.

• What is it that we call living?
• How can a confused mind find somebody who will tell the truth?
• When there is no comparison, no opposite, you are actually faced with the fact of anger, then is there anger?
• Without knowing what sorrow is, understanding its nature and structure, we shall not know what love is.
• What is it to die?
• One is never afraid of the unknown; one is afraid of the known coming to an end.
• It is only the mind that has shed all its burdens every day, ended every problem, that is an innocent mind. Then life has a different meaning altogether. Then one can find out what love is.