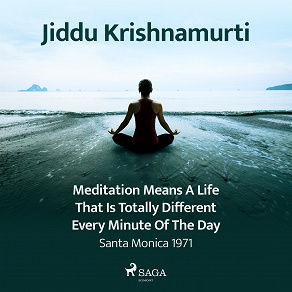 This talk: Meditation Means a Life That Is Totally Different Every Minute of the Day – 14 March 1971.

• A mind that inquires into this whole question of meditation must have tremendous discipline.
• When you observe 'what is' without the interference of the past, there is complete change of 'what is'.
• Is there a way of seeing the whole content of consciousness without analysis?
• When you give complete attention there is no centre from which you attend.
• The word 'innocence' means a mind that is never hurt or scarred.
• Meditation is the sense of complete silence and quietness of the mind.
Question topics following the talk include: gurus, meditation, effort, escaping from 'what is'.