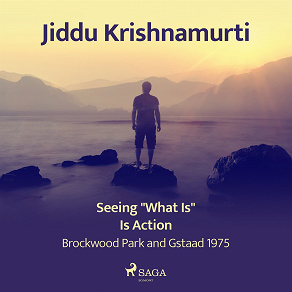 Seeing 'What Is' Is Action – Brockwood Park and Gstaad 1975

• If truth is something totally different from reality then what place has action in daily life, in relation to truth and reality?
• Seeing 'what is' is action.
• What place has love in truth?
• When I separate you, in that separation love cannot exist.
• How are you to convey the sense of truth to a student?
• As long as I live in the field of reality, which has its own energy, that energy will not free me.
• When the mind is empty, when the mind is nothing, not a thing, in that there is perception.