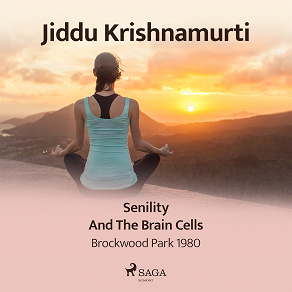 by Jiddu Krishnamurti
Listen to talks from J. Krishnamurti's Brockwood Park gathering in the United Kingdom, 1980.

• Is the human brain deteriorating?
• The human brain is not a particular brain, it doesn’t belong to me or to anyone else; it is the human brain which has evolved for millions of years.
• Can the brain not only be aware of its own movement but can the brain itself have enough energy to break all patterns and move out of it?
• Is psychological knowledge not in itself a factor of the shrinking of the brain?
• The ending of suffering comes about when the self, which is built up through time, is no longer there.
• If there is an insight into the nature of time the very brain cells which are part of time break down. The brain cells mutate, bring about a change in themselves.
• Meditation is insight.