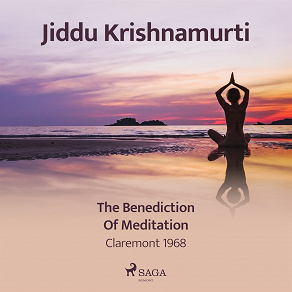 The Benediction of Meditation

This talk: The Benediction of Meditation – 17 November 1968.

• We shall explore together into this life, existence, in which is included relationship, love and death, not merely as a phenomenon but as something tremendously significant, to be cherished, deeply lived. Meditation is the approach to this problem of living.
• It is only a free mind that is capable of attention in which there is no achieving or losing or fear. It is only a quiet, attentive mind that can understand this immense problem of living. It is only the quiet, meditative mind that can come upon what is called love.
• What is living?
• The observer cannot possibly do anything about envy because he is the cause and the effect. Whatever he does with regard to envy is still envy.
• What does it mean to die, knowing the organism comes to an end? What does it mean to die psychologically, inwardly?