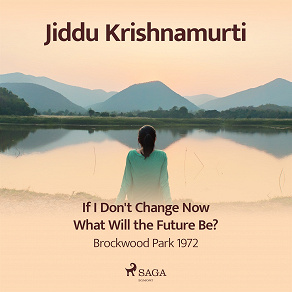 If I Don't Change Now What Will the Future Be? – Brockwood Park 1972

by Jiddu Krishnamurti
Listen to talks from J. Krishnamurti's Brockwood Park gathering in the United Kingdom, 1972.

• Is thought responsible for fragmentation?
• Does fragmentation have its own activity?
• What is the energy that perceives the total and doesn’t live in fragmentation?
• Does comparison bring about fear and pleasure?
• Is thought seeking security in belief and dogma?
• Can the mind learn instantly all the content of the unconscious in which there are deep, secret fears?
• Does analysis imply time and division? Is consciousness separate from its content?
• Getting at the root of fear means learning about not being.
• Q: What about guilt?