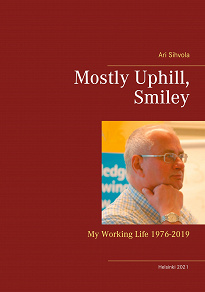 by Ari Sihvola
Ari Sihvola (born 1951) began his career at the Finnish Ministry for Foreign Affairs as a young civil servant in the 1970s. Over the years, Ari has played a key role in the development of public governance and the development of the skills of civil servants, especially in EU affairs and leadership. In addition to Finland and the European Commission, Ari's expertise has been brought to bear in many demanding international projects in four continents. Known for his anecdotes and colourful true stories, Ari looks at governance with an analytically critical yet gentle, understanding approach. As a teenager, Ari did not think of working, as an adult, for the Foreign Ministry or becoming a manager of international development projects. The desire to grow guided his choices. Ari believes that we have a desire to constantly improve ourselves and our skills. "An impressive tale, nicely written. Sihvola's personality shines through." - Willian Peskett
Log in to borrow