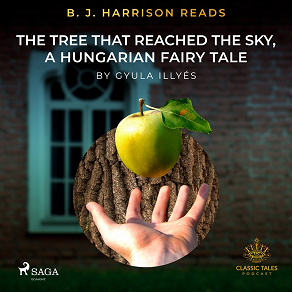 B. J. Harrison Reads The Tree That Reached the Sky, a Hungarian Fairy Tale

by Gyula Illyés
The swineherd John spots a tree outside the palace that it is so high it reaches the sky. It blossoms in the morning, by noon it bears fruits and by midnight they are ripe. However someone steals each and every apple and the king does not get to taste it. Furious, hr decides to find out who the culprit is. Find out the end of this Hungarian fairy tale in "The Tree That Reached the Sky'.

Gyula Illyés was a Hungarian author who lived in the period 1902-1983. He mainly wrote novels and poems which discussed current problems in the society and politics. He spoke on behalf of the poor and wrote about the oppressed peasant class and the misery that they had to live in. He was always on their side and therefore was he often called a writer "from the people". Instead of trying to hide social injustices, he wanted to give them a voice through his work.