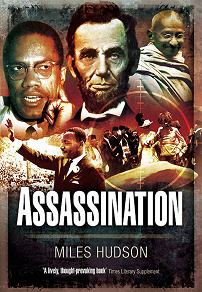 by Miles Hudson
The assassination of political, religious and military leaders, often dictators, is frequently seen as the short cut to solving a particular problem. The author takes issue with this argument. Examining a series of linked assassinations together with their causes and effects, he seeks to demonstrate that in many cases the killings have produced unforeseen and unintended consequences that all too often result in the opposite result to that desired.

This is an absorbing, controversial and informative study.