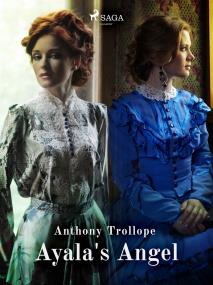 by Anthony Trollope
Lucy and Ayala Dormer are left penniless by the death of their parents. Ayala is taken in by their rich aunt Lady Tringle and Lucy by their poor uncle Mr Dosett. The girls find it hard to get used to their new surroundings. Lucy becomes engaged to one of her father's artist friends but they are too poor to marry. Three different men fall in love with Ayala but none live up to her ideal of the perfect man. Will Lucy be able to marry her sweetheart? And will Ayala find the 'Angel of Light' she has been looking for?

Anthony Trollope (1815-1882) was one of most succesful British authors of the Victorian era. He has written more than forty novels, as well as many short stories and travelogues. Trollope was also an editor and an active member of the London literary scene. Among his most notable works is the series "The Chronicles of Barsetshire", a series of six novels set in fictional Barsetshire.